I’ve got travel in my heart and freedom on my mind, The rest is history

Took a vacation and went home for the Sinulog festival. Too bad, wasn’t able to attend the parade and procession due to the super delay flight from Cebu Pacific. 😦

From the airport, I went straight to the hotel (Holiday Spa) which was sponsored by a virtual friend. Left my bag and met up my partner at Orange Karenderia in Lahug. Dine for a bit, yes it’s free haha the serving is big too. From there, went back to the hotel to rest and changed as well. Getting ready for the evening walkathon. 😀

From hotel, I brought my partner to Rico’s Lechon since he wasn’t able to try Cebu’s lechon and for him to taste the best lechon in the city. We arrived their around 1830 and sadly the resto was out of lechon 😦 so we waited for 1900 for the lechon to arrived as per advised by the store manager however the lechon didn’t arrived on time and we were gidding already. Later, as the lechon arrived we ordered the spicy and the original ones and of course cebu’s ngohiong partnered by watermelon shake and a buko pandan shake. 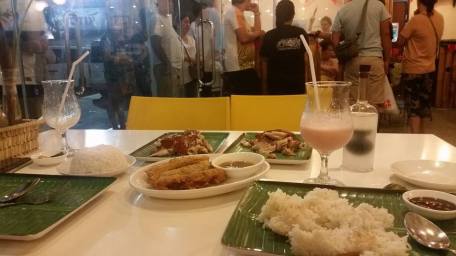 From Rico’s, we hailed a cab going to Ayala to start our walkathon. Walked the streets of Cebu Business Park to Mango Avenue for 30-45 minutes having people putting a paint on your face/clothes without a choice plus a “Pit Señor!” greeting. Wasn’t able to passed through since it’s very crowded and I can’t breathe properly so I decided we’d walk back. Met a few friends along the road. ^_^ 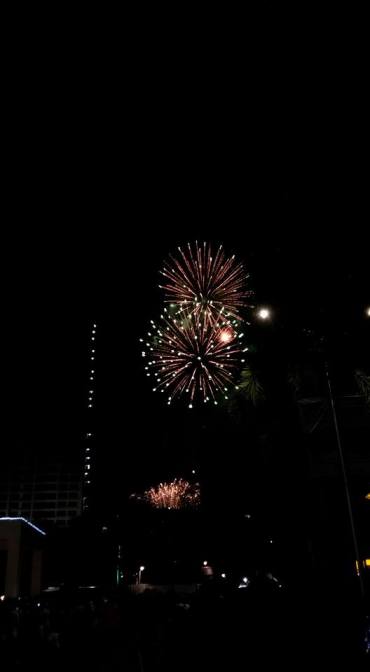 Back in Ayala, quarter before 2100. We went inside the mall because I certainly need a tie and a bathroom break, bought a water too. As we went outside, after 3 minutes the fireworks began. Wohoo!! Then back to hotel, decided to rest since my partner had a plane to catch. Thinking of attending a party but after a few minutes I was already asleep. HAHA that’s how my 1st day went.

Woke up late and missed the free breakfast 😦 checked out around 1100. Took a jeepney ride to Talamban to buy a roasted chicken for my nieces 😀 then another jeepney ride going home.

Played with them for a few hours, bought them chocolate drinks then rest. Around 1300, I took a jepney ride going to South Bus Terminal. Met up with Apol, another solo traveller too for our O-peak adventure. Stopped at 7-eleven to charged our phone batteries, and treat Apol with a soft drink.

From there, we went inside the terminal however the lane’s so long since everyone’s going back home after the Sinulog festival. It was very crowded and it’s very hot so I decided we’d take the connecting ride. Thankfully we’re able to ride the mini-bus going to Carcar. 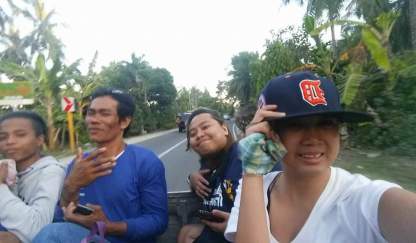 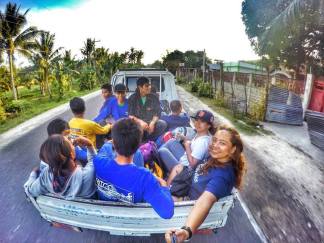 From Carcar, we hitchhiked until Argao since the vehicle we rode only stopped there. We were trying to hitchhiked again since it’s almost sunset 😦 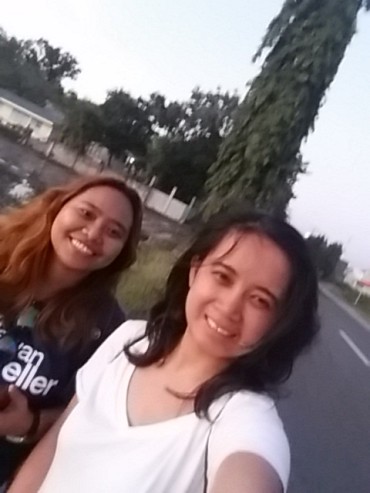 we walked but the vehicles weren’t kind enough to let us hitchhiked until a bus turns up. Arrived at Dalaguete around 1900, rode a bus until Dalaguete junction. From the junction, rode a motorcycle going to the jump off then trek going to the peak.

The trekkings not hard, 15-20minutes only. Stayed for almost 30 minutes at the top then went down. Rode the same motorcycle then Apol and I separated our ways. I waited for a bus going to Cebu for almost an hour 😦 feet and body so tired. From the city, rode a jeepney to Talamban then rode a motorcycle (habal2) going home.

**perhaps you’re thinking we didn’t pay the guide, we did but not on our account. We found a hundred bill nearby and paid it to the guide 😀

Woke up around 0600 then woke up the rest of the gang. Prepared then left the house. Bought few things for the trip then rode a cab to I.T Park in Lahug. From there we had our breakfast at Jollibee, then rode a jeepney to the South Bus Terminal. From South Bus boarded a non A/C bus to Moalboal. Arrived in Moalboal past lunchtime. Ate our lunch at Kate’s aunt house then left our things for our Canyoneering activity. Negotiated a multicab driver to dropped us at Sanggi and met our guides. From Sanggi, we registered then rode a motorcycle to the starting point. From the starting point, we registered again, and got our gears (vest and helmet).

I was scared, and dead nervous. Was crying before the beginning of the activity. My hands were palpitating that they laughed at me. HAHA IKR? I was sweating even though there was no sun. I was having second thoughts about the activity since I have a very weak heart and am not sure if my heart can take the extreme activity. From the 1st jump off which was 15 ft I jumped with the guide since I can’t take jumping on my own. LOL was happy of my achievement since there were few individuals who turned around and trekked instead.

The activity went on jumping from one level to the other and two sliding level. Overall the activity was very fun. Yes, even up to now I still looked back and asked myself, “did i really do it?” 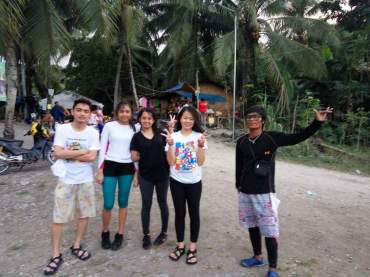 After the activity, we trekked going up to the starting point. Wew! It’s quite long and very steep that I almost fainted. Rode a tricycle going back to Sanggi and had dinner there.

From Moalboal we proceeded to Dumaguete, please checked out my other blog link: When in NegOr for your future reference as well.

WHAT TO DO IN CEBU?

For more info’s, suggestions, ideas, or anything in mind don’t forget to leave a comment. Hopefully you’d enjoy my hometown as much as I am.

Meet Cess from Cebu. A corporate slave on weekdays and a travel junkie by weekends. Her passion for travel was ignited when she accepted her Manila job. Her feet have been itchy ever since and luckily, despite working fulltime it allows her the freedom to indulge her travel lust. She’s currently wandering around Philippines.♥